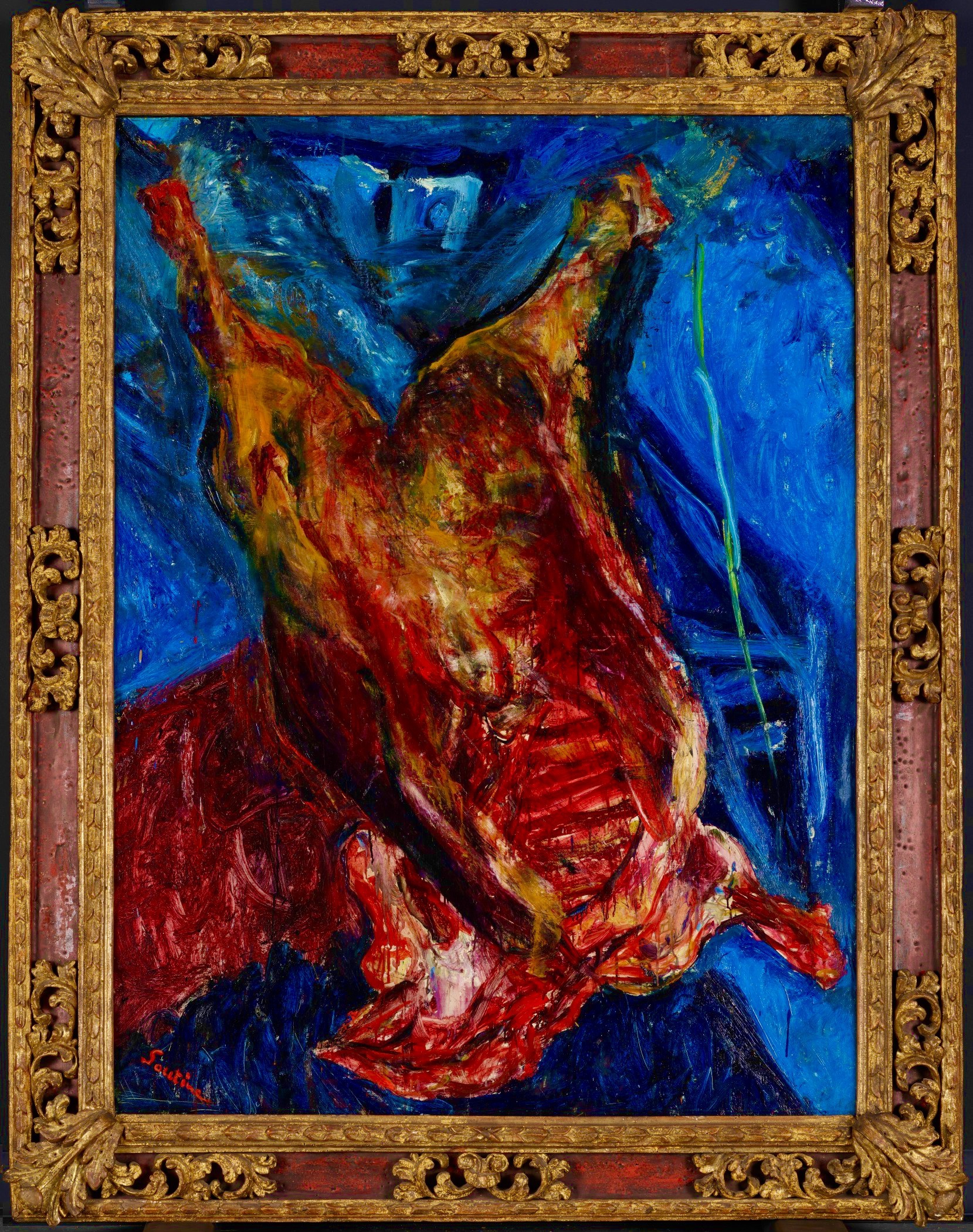 Swirls of luscious paint. Intense colour, handled in a variety of differing textures, pigment applied with brush, hands, palette knives and whatever else that seemed appropriate for the feeling. Subjects that hark back to the old masters; a duck conjuring Chardin, a side of beef alluding to Rembrandt. Landscapes that verge upon abstraction, designs that defy gravity. Portraits of no-one in particular. And stories of rotting meat in the studio causing health and safety panic.

Essentially, Chaim Soutine (Smilavichy (Belarus) 1893 - Paris 1943), a Russian-Jewish emigré painter in France, is a painter for painters. HIs rich and expressive works defy easy categorisation, they are not expressionist, they are not realist in the strictest sense. Like Van Gogh (to whom Soutine loathed to be compared) Soutine seems to conjure up an internal world of sensation through external means. The work seems to portray a kind of internal life of the artist, even though defining what those exact feelings are would be extremely difficult. The object matter of Soutine is fairly banal, although sometimes it has specific links to art history. It’s how he paints that mesmerises, not what he’s painting. Things are conjured in spectacular whirlwinds of pigment, the pictures appear urgent and necessary. The paint, however it has been applied, carries the overall sensation of the picture.

My personal favourite series of Soutine’s works are the sides of beef. The subject alludes to Rembrandt’s painting in the Louvre of a side of Ox, a picture Soutine would have known well and that he would have studied. The subject matter is one that reminds us of our own fundamental state; that we are just sides of meat too. With his depictions of the side of beef he places the beef right up at the centre of the canvas, so that it confronts the viewer. One is then compelled by the surface of the painting, built up with scratching, slathering and pulsating brushwork. And also the intense colour of the piece. One story goes that Soutine would pour fresh blood over the carcass in his studio to help keep the intensity of colour in the foreground of his mind, and whether or not this happened who knows but the intensity of the red on the sides of beef is just exhilarating.

I first encountered Chaim Soutine not in his own work but through a Roald Dahl story; ‘Skin’. In the story, a young Soutine is friends with a tattooist, and agrees to tattooing the tattooist with an original work, on his back. Years later the tattooist walks into a fancy Parisian gallery and shows a captivated audience the tattoo Soutine made on his back. I won’t spoil the story too much except by saying the ending is wonderfully macabre in typical Dahl style. After reading this story, aged thirteen, I looked up Soutine and was blown away by his work. It didn’t surprise me he was in fancy Parisian galleries. The idea of Soutine tattooing into a back seemed very fitting; the work gets into your skin, you can sense it there, feel it move you. Dahl understood intrinsically how Soutine’s painting works; it gets under your skin.